I am soooo eager to try out this new building tool and I also can’t wait to see how the new UI looks. Soon, I know.

I am going to require a time machine to go forward to when this releases, because I have insufficient patience.

In the meantime, I shall continue to travel forward in time at the whopping rate of 1 second / second

YES! YES! YES! Oh god, I hope you will be able to edit existing buildings!

That’s basically light speed compared to how this day is going for me.

It has taken some time, but were getting somewhere with the new building system.

In the meantime, I shall continue to travel forward in time at the whopping rate of 1 second / second

You can try to stepping in a near speed of light rocket, I think that will do the trick.

You can try to stepping in a near speed of light rocket, I think that will do the trick.

I’m not quite knowledgable about the matter, but it sounds like fun. Now, if I may be excused for a moment…

EEEELOOOOOONN!!! I AM GOING TO NEED A ROCKET!!!

also can’t wait to see how the new UI looks

Hmm didn’t we show it already?

Those are UI elements of the new builder, although they won’t be shown all at the same time.

Here is the in-progress version with most of the new icons. **Some things may change between this and final though as a caveat. 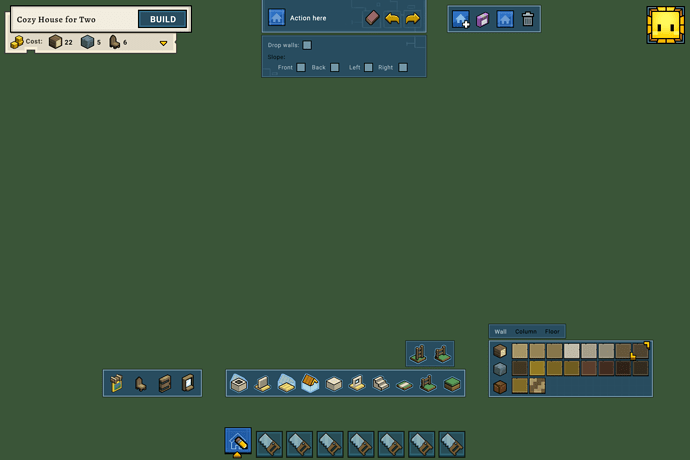 I’ll show myself to the door.

I’m really looking forward to get my hands in this new building system. It has been a long wait, but I believe it has been worth it.

Is that a ladder tool?

Sure does look like it. At first I thought maybe we were gettin’ taller fences, but when ya zoom in the rungs don’t extend past the edges like it does on the fence. Kinda nice to be able to add it in the building process. I’ve seen several streamers include ladders in their builds so that saves the extra step of having to remember to add the ladder later.

Is that… a terraforming tool next to it?

Nope, none of them are tools, they’re UI for tools

No one’s even mentioned the dormers?

Stop making me want the building update more, I haven’t been able to wait already!

@not_owen_wilson, I’m getting the sense that @Sweet wants that fence tool REALLY BADLY.

I’m getting the sense that @Sweet wants that fence tool REALLY BADLY.

I remember the stream where @Tom talked about one day making the fence a draggable zone tool. Excited to see it might finally happen!

And if this has already been answered, I apologize, as I don’t remember there being an answer.