Summary:
When chairs are pushed all the way into the table the settlers will sometimes sit in them fine to eat, however sometimes they will “jump” on top of the table to finish eating

Expected Results:
Settlers would eat while sitting in the chair like civilized people (after all, they are trying to make a new civilization…)

Actual Results:
Settlers act like uncivilized goblins and sit on the tables, but only sometimes, and only after sitting in the chair first

Picture of settlers sitting on the table" 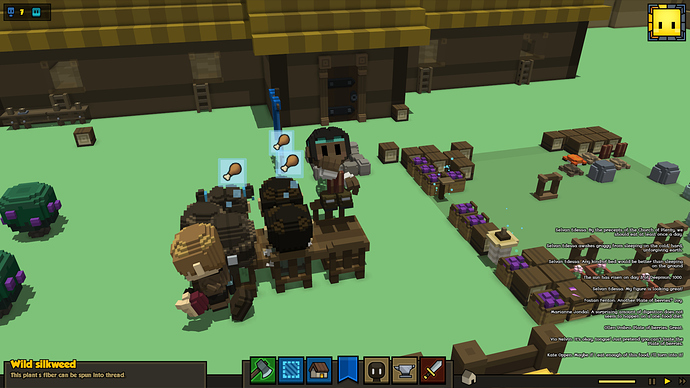 Mine do that to chairs that are not at the table as well.

When it’s dinner time, hearthlings seat on chairs, but if no chair is available they seat on tables… then when dinner is complete for the 1st ones, only remains people on tables… see screenshot here: http://hpics.li/dc76f4c

Versions and Mods:
Alpha 8, no mods

Should have been around for the Birdbath incident. Wet tushies everywhere