Edit: Still an issue in version 192

Summary:
Some building templates are not being followed when it comes to the windows. Has only been noticed with some templates when facing east or west.

Expected Results:
Placed building should always have the correct location of its windows regardless of rotation.

Actual results:
Placed buildings don’t always have the correct location of its windows when rotated.

Work around tried:
Rotating and placing many templates, but when this building is placed east or west (?), the windows are always off by one voxel.

Suggestion?
This might be due to it being a 2x2 voxel model, while most others are an odd number of voxels in ‘width’.
Check if the off by one voxel issue is due to the window being falsely ‘rotated’ around the wrong voxel.
Check if the rotation is ‘flipped’ and is actually rotating it in the opposite direction it should be. 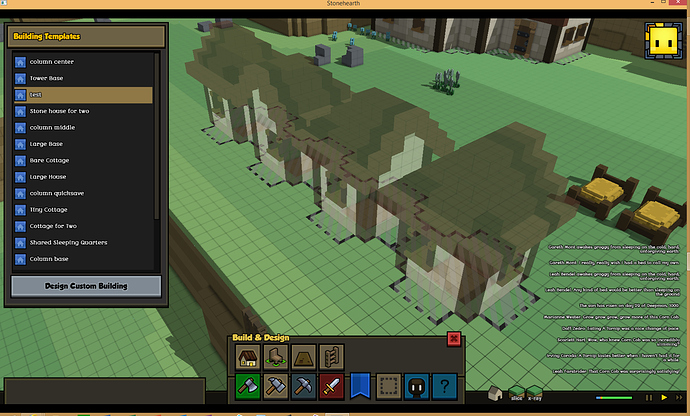 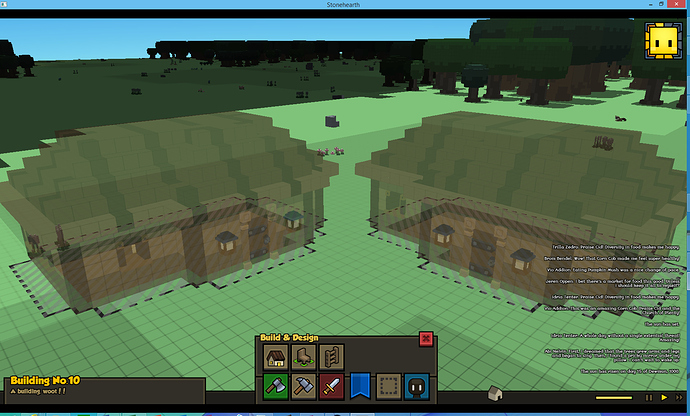 SH template bug.jpg1688×1018 513 KB
Two placed templates, the one on the left has the window placed correctly, while the one on the right is off by one voxel. 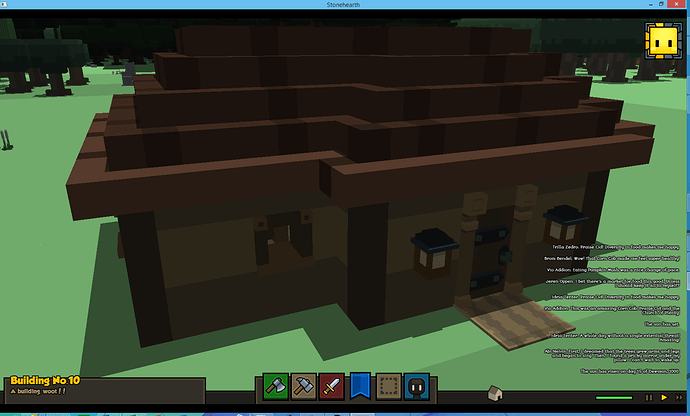 I have just noticed this happens on the 4-voxel-wide double doors when rotating a building design. This gives increased suspicion that this only occurs on even-voxel-wide doors and windows. 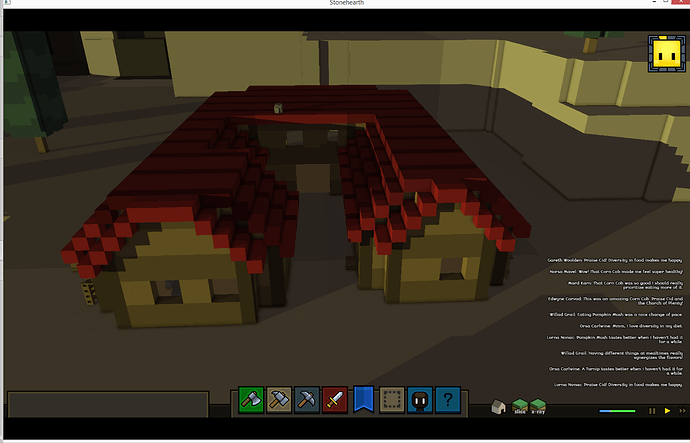 LargeHouseOffByOne.PNG1626×1046 292 KB
Notice the doors and window holes are all offset to the right. 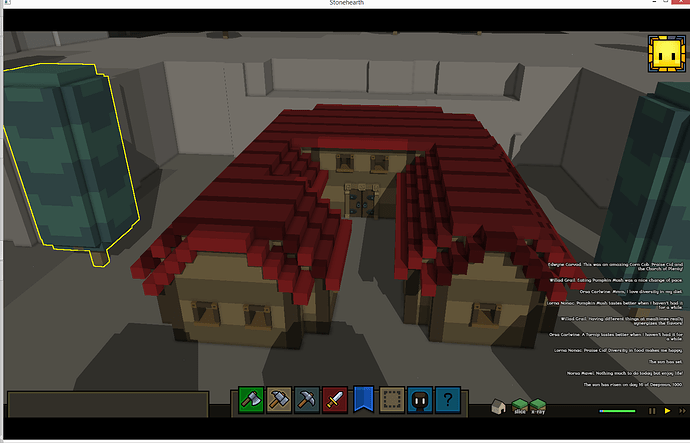 This is still occurring in build 188. Uploading an image to try and demonstrate this better: 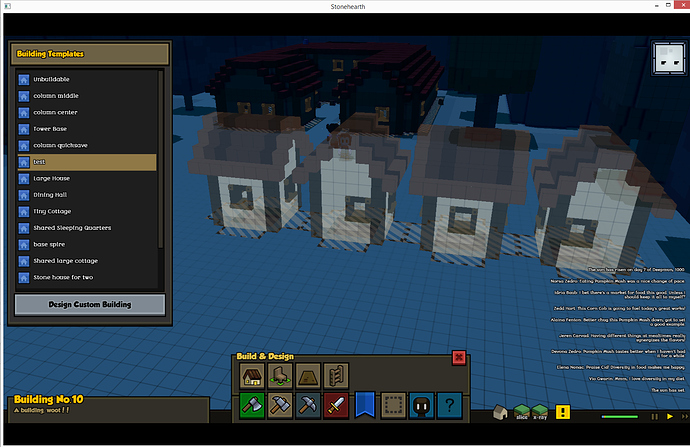 MiniHouseOffByOne.jpg1620×1050 451 KB
Completely (impractical) new building template as of build 188. This image depicts the same house rotated in all 4 directions. The original (far left ghost) house was created with a window centered on each wall of the 4 walls. Notice how only two of the rotation directions show this bug.
2 Likes
BloodW0lf April 14, 2015, 3:35am #6

Come on dude stop -.- I did not come on to this forums to see this sort of stuff.

the forum has certain rule sets that it follows to try and prevent spam/unwanted posts… in this case, it misunderstood your frequent posts (as a new user) in a short period of time as potential spam, and flagged your posts/account accordingly…

I’ve removed the offending posts, and tried to clean up the threads… if you decide to stay, we certainly welcome your bug reporting efforts…

Here’s the first building where I created the template: And here’s where I went to place my newly created template again: As you can see, before I even tell them to start building we can see that the lanterns are off a bit.

Actually, I think it’s the door that’s a bit off; which you can see if you count the voxels between the door and one of the columns.

And you’re right. It is the door that’s off, not the lanterns. Either way, I think this is still a valid depiction of the bug.

me too, door and windows template out of place by 1 block after placed, but only happen when we rotate North/South or East/west. i think the template saved the direction, so if we rotate it they will mess up

If buildings I have saved are placed in any orientation other then the one it was saved in objects such as windows and sometimes doors shift out of place.

This is definitely a known bug. Perhaps @8BitCrab could find the relevant thread?

I could not follow Tony’s stream yesterday so I went for a replay this afternoon and the crate’s bug make me thought in something that might well be related.

The steps to reproduce are simple:

You may notice some windows don’t have anymore the same spacing.

Base template (look closely to the 2 blocks spacing from the pillars):

@sdee, as I’m unsure this is related to the crate’s bug, could you bump Tony about this? He might be interested while the fix for the crate is still fresh…

As far as could be told in the stream, it happens with anything that is an even number of blocks wide or deep. It looks like windows are the only known case where the height of the thing matters, because they can be placed above the ground.

I suspect that between large crates (and squarrels in future), windows and double doors that all the troublesome objects are already found for the current base game. It will be nice to have a good general fix though. Because it’ll help remove a restriction on future items from the team or from mods.

@Beatrice i merged your topic with this one, as they were both about the same bug.

@8BitCrab, indeed, same bug and not new at all! I was a bit in a hurry when I posted and definitively I need to do better my homework beforehand… Well, Tx a bunch for the merge!

Just posting this here for @Ponder as requested at the end of the livestream. The x/z to the right each grid are the absolute transform offsets required to move the new, rotated origin (*) to the proper position (@), followed - if non-zero - by the appropriate axis equation (based on Tony’s lua code written during the stream). I figured they’d be useful as the wx/hz value used actually flips based on the rotation (which wasn’t immediately evident when working with same-length even-sided objects…

Thanks @Beatrice, @Ponder has been pinged.

I believe I have a fix for this (yay!). It should be in the next build (not the one we posted today, but the one after that). I think that should happen sometime next week.