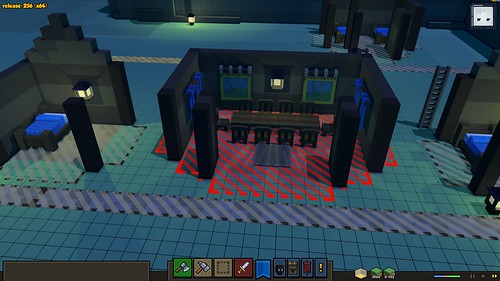 I’m not sure what is causing the red outline on this building. I thought it might be the lamp since it overlaps where the chair was placed, but the red outline remained after it was removed. This is the stock eating hall building that comes in the build mode of the game. I added rug, curtains, two interior lamps (1 removed now) and tapestries. Does anyone know what the red building outline indicates? 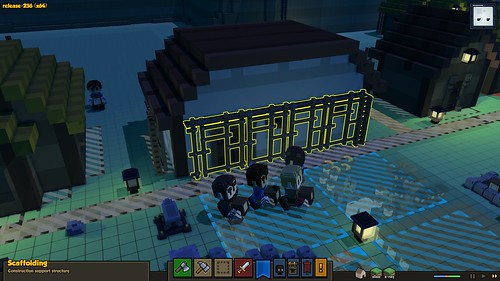 This is a custom building I made to store items. All the components needed for the building have been placed, but the scaffolding remains. I can’t find a command to remove the scaffolding either. Scaffolding is removed on buildings made from game templates.

Also, the stack of bricks/stone that can be created by the mason don’t seem to be piled into any stockpile and I can’t seem to find a use for them even though they state they are used for buildings/roads. Are they just a way to convert lots of stone into a more compact pile? Why aren’t they stacked in the stockpile that is tagged to collect stone?

Thanks! Loving the goblin camps and all the new content.

i’ve gotten the red building outline too and I did not add anything onto the building, it just popped up during gameplay. I’m not sure what it is for either.

I had a similar problem with the red boxes. I built a house next to a tree, then removed the tree before it got built. The box stayed red though, even after everything was finished building.