I’ve made this Template five times now and each time the curtains (and in one instance the windows) end up moving slightly. In this case all three curtains moved one block to the right. Trivial I know, but I’m reporting everything I find lol. 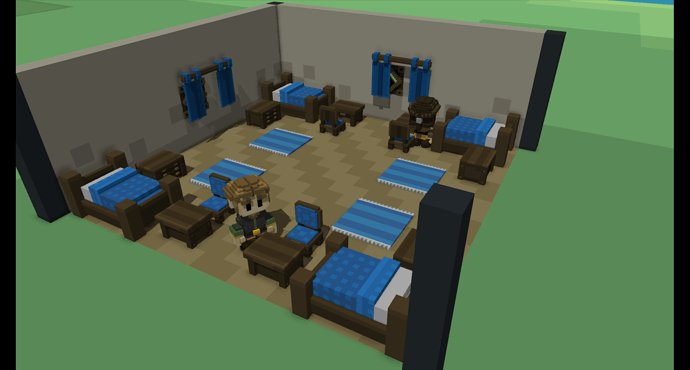 Can confirm this in r393 as well (it’s why I found the bug in the thread below).

Recently made a house with the “ib” command but found the curtains were in the wrong position, so ordered them to be shifted. All curtains were shifted (as the pic shows), but the ladders were left up, and the windows had ghost ladders appear within...

is this perhaps the same as this?

Edit: Still an issue in version 192 Bug: When placing a rotated template house, some windows are often placed off by one voxel from the template. The house is also built with the window off by one voxel. Summary: Some building templates are not...

It’s exactly like that, lol. Me, being the simpleton I am, only searched for “Curtains” that shifted, in the forum. Totally missed the windows. Although I’m surprised “template” didn’t bring it up.