Attempting to make tunnels off my island but finding a problem on the other end of the tunnel, that is going up, can’t do it, have to go all the way around and dig down to meet the tunnel: 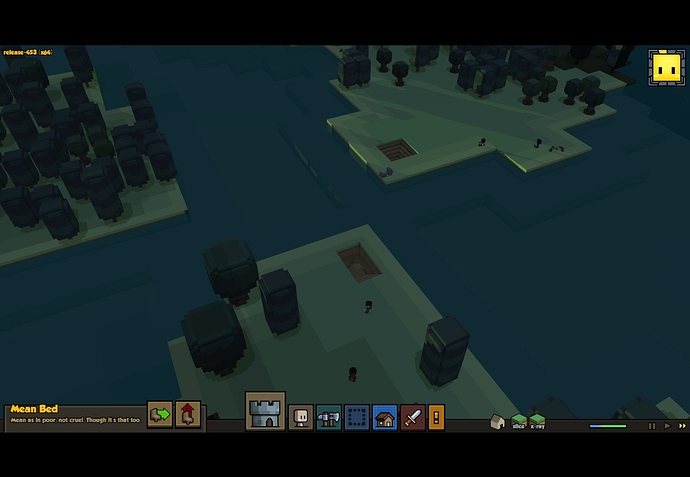 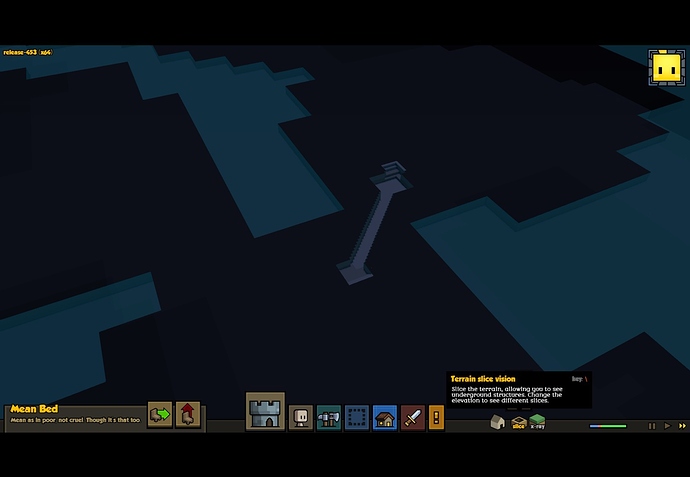 Which makes the meeting of the exit tricky, is there a way to dig Upwards from underground?

Gooood question. My initial reaction is no, due to the way the mining designation tool works, along with some anecdotal evidence.

You can try building a ladder up the side, then using the individual designation tool to designate the bottom blocks of the next slice up, BUT, iirc, that won’t let them mine it out. Not at my computer to test right now, but I remember running into this issue while testing some other mining problem out.

I could be totally off base though. Feel free to yell at me if I am, but digging down is the way to go til then.

I had to put ladders in the water so they could cross over (in a much shorter time then running all the way around) (by the way, swimming hearthlings is a hoot) and then remove the ladders once the tunnel was connected, just makes messy looking tunnel entry.

I’m very partial to the Dwarf life style, caves, tunnels etc., believe I was one in another life

Totally understand. I think its more a limitation of the way the mining tool works than anything. Hopefully it will get some more love at a later point, cause I definitely wanna build an underground city.

Besides, everyone knows Dwarves are best.

IF we could pan the camera up a bit while underground then use the “Mine Block” tool it could be done I think.

EDIT: Well as usually, I stand corrected. Digging caverns Should give you the info you need. Sorry, dunno how to link directly to the post.