Been working on my storehouse for the official build challenge but as always with this type of game I get carried away with terrain prep. So, had the idea of preping the area for a large build and then uploading the save and if you guys are up for it, download it and build something in the prepared zone, would be interesting to see what everyone comes up with 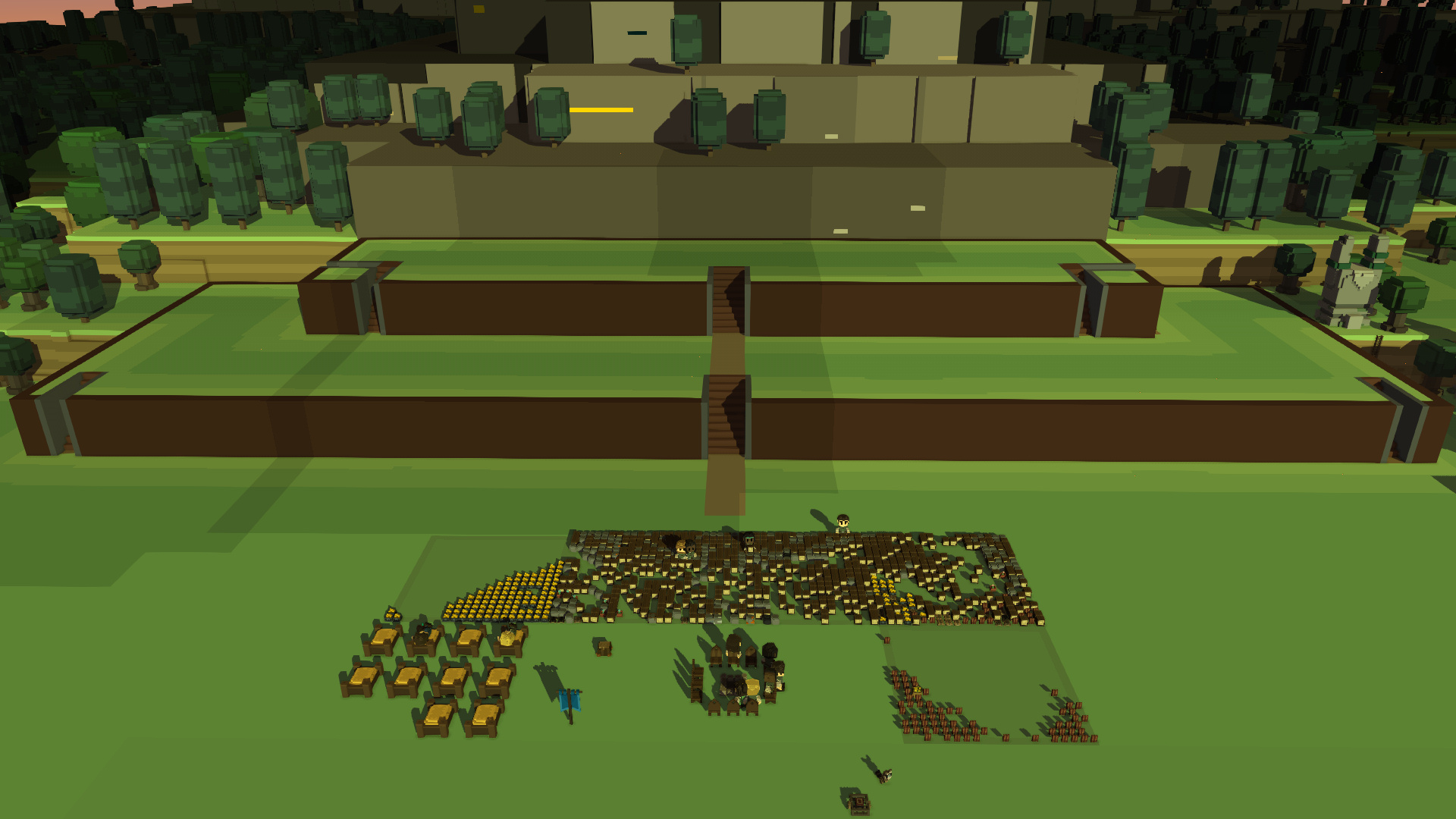 And here is the save file you’ll need

Just in case you don’t know, you need to extract the zip file in to your saved_games folder within your Stonehearth folder.

Just a couple of details.

1: You’re allowed to build anywhere, the prepared area is simply there to give you ideas if you want to use it. BUT you’re not allowed to change the buildzone arrangement (stairs and stablished pathways should remain as is, excluding stockpiles and all placed down objects/zones, you may do with them as you please).
2: You have a 13 strong population with a more or less supplied stockpile.
3: This is for Alpha 11

i like the idea, depending upon how this goes i might give a little something to the, community voted, winner of this unofficial challenge.

That’s a sweet idea, if it goes well, I’d be happy to do more “pre-prepared zones” for future build-offs, I tend to always have more fun with this kind of thing than the buildings themselves

will this competition still be going when the stable version of alpha 11 is out?

[quote=“electrodynamo, post:4, topic:14393, full:true”]
will this competition still be going when the stable version of alpha 11 is out?
[/quote]i dont think there really was a deadline,

but, thinking about it perhaps @Lucielillo should postpone the competition until it is, because more people will be able to compete then.

I guess the question is will saves work within different builds of Alpha 11?

they will, but its not suggested, other wise the game becomes really buggy.

I guess its up to everyone, I don’t have an issue with continuing the competition, we can just do another on the next version, or simply wait

I’ve been thinking of doing something like this again but, would we run in to the same issue? (Versions and all that limiting the time this can run for).

Ide be down to take part.

How do you guys feel about this as a build zone? It didn’t start as such but now I’m wondering if it’d be a decent plot.

Not ready yet but fortifications could be removed and/or changed, only condition would be to use only the plot as building space

Yes that was my thought too, make it like the original concept. Cool, I’ll get it done

Personally I think a small building area would be interesting.

how small did you have in mind?

Idk, but if it was just big enough for one medium size building and the goal was to make a build able to how 6 people,kitchen and a dinning room

That unfortunately wasn’t the idea behind this build challenge, it’s more about building a small settlement within a predefined area that’s been prepped

Oh I get that Im just giving my idea, a small area would still be fun for a settlement building contest

It would certainly be worth waiting for alpha 19 to hit (it’s not far away, as you’ve probably seen from that DT about the new Rayya’s buildings); but I think that releasing it immediately after that alpha comes out would be a great time. The new templates should encourage some awesome creations, whether playing as RC or Ascendancy.

As for the challenge location: personally I’ve always been a big fan of levels and water features; so while I love the idea of a small building area, I think that a flat and prepared rectangle might be a little too… “blank canvas-y” for a challenge like this. Having to build it within the walls might make things more interesting (it would require participants to think about the vertical elements, since the wall will obscure the lower details on anything built close to them); but I think a location like the one in your original post would work better for something like this.

Having a “build something within X x Y x Z volume” challenge would be cool too; so I think it’s a good time to clarify what a “build zone” is. Is it just the dimensions of the canvas; or is it more about the area and the natural aesthetics of the location?

… either way, I’ll try to take part. I have a habit of over-working (or maybe that should just be “over-complicating”, LOL!) my entries and never getting them done on time; but it’s about time I joined in with something like this.

Not that i have really decided if i want to take part (dont think i will to be honest)…but must say i kinda like the idea of a fairly small area.
Mainly cuz some people just have more time to work on a huge area and others dont.

If it was a fairly small area time consumption would be more equal for everyone.