Tips & Tricks (AKA 'The Why Didn't I Think of That?' Thread)

It would seem that some of us have discovered little things that should be shared among the rest of the community. Building tips and such. This thread is to give people an opportunity to share with everyone else for the sake of letting them improve their towns/builds/etc.

Feel free to add to the thread if there’s something you do that others might be interested in. It’s all welcome here. Our Hearthlings deserve our best efforts to make their domiciles lovely.

And now, to start off, I give two offerings:

Get Inside That Mountain!

This one’s rather simple: You want to get into the cliff/mountain/canyon wall to mine it out but you don’t want a hole in the top to cover up later. This one is specifically intended for people like me who love to build their towns inside the landscape rather than on it.

The solution would be to build a ladder up to the height you want to start at on the mountain and then mine out a 2x3 space which would fit a tall window. This gives your Hearthlings a means of entry so you can hollow out the interior without leaving a shaft that needs closing over. It’s relatively simple to slap a window in there later. You’ll have to use slice and the single block mine tool to get enough room to maneuver once inside, but you can swap over to the 4x4 afterwards.

Then, you simply even out the floor and you’re ready to make this a home. 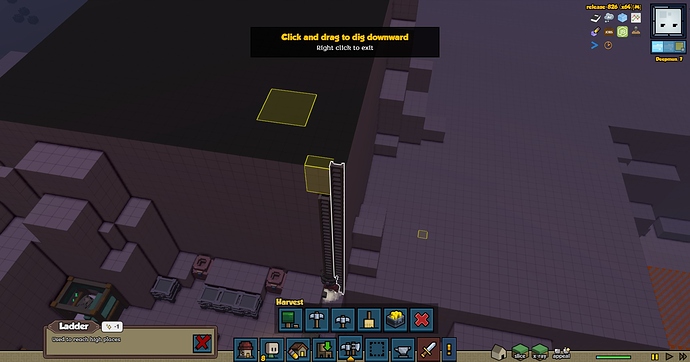 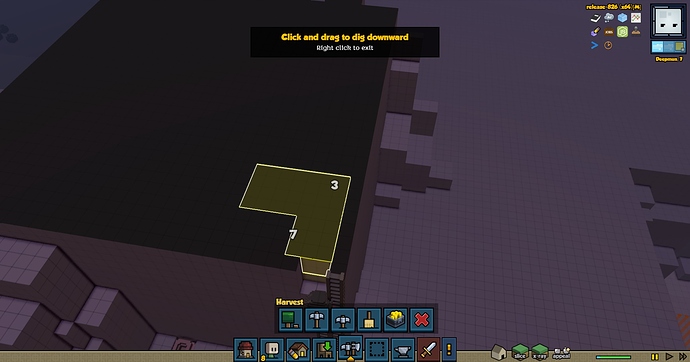 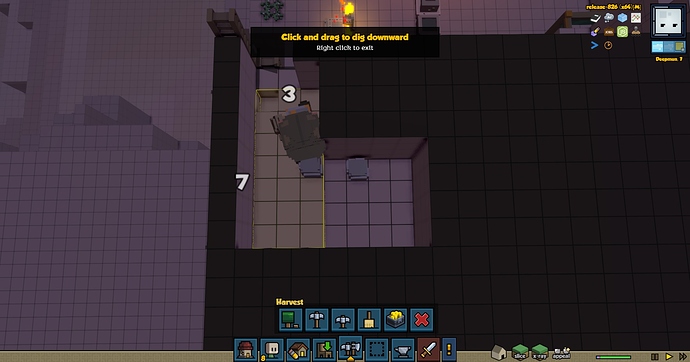 Love your potter. Seriously. Those lattice windows are good for more than just letting in small bugs. They can double as fences. The downside is that you can’t pick them back up again once they’re placed, so you need to be exact about where you want them.

They also don’t corner with each other well, so you need a two-high single stack of blocks to change directions. To spruce it up, add lamps or lanterns if you like.

The end result is very eye-catching. Your Hearthlings will love that extra functionality. 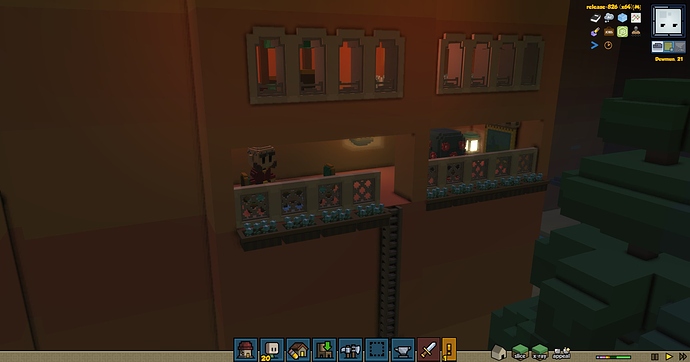 Oh, now I remember a similar post I did: A noob builder learning new building tricks

And here I also got some good tricks: ♻ Turn-based multiplayer using a shared save file (Ascendancy, Temperate 🌲 )

Mainly the latticed windows as fences like you did, but also sinking the birdbath into the ground and using the weaver tapestry sink in the ground as a railing. Oh and the farms strips to maximize size while having few crops (so giant farms without taxing the farmer)

because the drop-down walls from roofing did not like it when you cut holes out of them, or placed things in them (may have been fixed by now) i figured out that when i disable those drops, and pulled the wall from below all the way up (intersecting the roof) you can fix the problem by cutting away all the sticky-out bits and the blocks that would intersect with the roof (cutting bits OUT of the roof)

you can then drag/make the roof smaller. let go, and make it bigger again to fix the holes you cut in the roof. voila: walls pulled up out of the floor, still flush with the roof!

also: like the fountaints above, the little fire bins can be used as impromtu fireplaces if you sink them one into the floor.

Edit: I just wished they had smoke sfx that goes up so I can have smoke coming out of my chimnees