Continuing the discussion from Stonehearth memes?:

It’s on my todo list, I have several members of the TNG crew done - however, I have too much work on at the moment so its all on hold!

After reading through the Stonehearth meme’s thread I’ve been inspired by a vision of the future.

Behold the details of my vision:

[Whichever TNG Bridge Crew Members you chose] were on a shuttlecraft, scanning a subspace anomaly giving off strange temporal particles.

A dimensional vortex was activated by their scans and they found themselves crash landing on a strange voxel world.

Special Class Trees from this Mod:

Diplomat Class Tree: You would have access to this class if you chose to bring a diplomatic character on your shuttlecraft - like Jean-Luc Picard.

This class would have an increased skill of first contact with new races. A highly leveled up Diplomat would even be able to make peace with warlike cultures such as goblins, or negotiate peace treaties between warring nations.

Scientist/Medical Class Tree: You would have access to this class if you brought a scientist with you, like Beverly Crusher.

This class would be able to do research to begin adapting federation technology tnto the voxel world help with sciencey (greenhouses/farms maybe?) and medical stuff.

Engineer Class Tree: You would have access to this class if you brought an engineer with you, like Geordi Laforge.

This class would be able to research and adapt federation technology into the voxel world for practical applications, like weapons or tools.

Security Class Tree: You would have access to this class if you brought a security officer with you, like Worf, son of Mogh.

This class would be the front line defenders as your colony started out.

Anyways guys - what do you think?

Wicked idea for a mod right? I’m hoping a few of you out there are as much of a nerd as I am.

While I lack anything but rudimentary programming skills, I’m willing to contribute to a mod like this by organizing people to help with it - I’d consider it a community project and would rely on you guys to contribute your ideas!

Just so you know - if you’re a mod maker or programmer and you’re willing to spend the time programming this thing to happen, the project would be fully credited to you.

Which means this thread ends with two requests:
1. if you have the knowledge or tools to help make this mod happen in the future, make plans to help when the beta is released!

2. If you have any voxel art to share or ideas on how to make this concept better (different classes or other ideas) post them here!

What do you think @Froggy ? Your voxel art inspired this entire post. If you’re willing to contribute your awesome art to this project or a project like this then I will probably wet myself with excitement. (also if this is something that you were already planning to do with your voxel art then I will bow out and let you take the lead on it!)

I love this idea and would love to contribute.
If you want referals to my work, i sadly have no qmo’s to provide but you can see what I’ve done on Twitch

I can help make sets and models in the mean time. I LOVE this idea so my dedication to start is high!

My programming skills are low but i will definitely get better (with Lua) after a few days of reading and practice.

Preferred: if you want to alocate roles, I’d love to take on the architecture of the mod.
i.e.: Sliding doors, cockpit, star trek building architecture and all

If you need a team, count me in!

As release of the game is months away for beta, I think at this point about all we can do is create voxel art.

I’d imagine it’d be easiest to start the mod with a shuttle and TNG Characters, and perhaps some “voxelized” federation technology bits like voxelized phasers, or a voxelized Klingon Bak’la thingy.

But when that’s done, there are endless, freakin ENDLESS options to expand the mod to The Original Series, or DS9, or Voyager… or even have something like a Klingon shuttle crash instead of a federation one… the options are infinite!

Interesting idea. I like this “crashing site” setup where a crew tries to survive.

What do you have in your mind while saying: “… begin to make a new life for themselves…”? Do you think about a whole settlement consisting of crew members or would the crew be an “addition” to the standard tribe? The first could lead to a more complex mod where you want to replace most or all the standard designs (look of the settlers, houses, etc.).

I could also imagine that this crash-site and a TNG crew could be kind of an event. So the player would be on the other side and could trade with the crew, try to improve the standing… and maybe at one point, the mentioned crew-member will be joining the own tribe, as a “reward”.

Those are some good questions.

I would think that my initial idea would be to start play as an entirely new tribe - you only have a small amount of people in the shuttle crash like maybe 3 people, but you have advanced knowledge and technology to help make up for your lack of people.

Then, I was thinking new tribe members might immigrate from other cultures you meet (the federation respects all cultures, so maybe even an orc or something like that could be adopted) and they would be trained into the federation “tribe”.

Another option for the mod might be like you say - maybe the crash happens as an EVENT.

So you’re just playing a game of Stonehearth and you hear a huge crash from the forest. You go to investigate and find these crashed Star Trek Officers. The encounter could go a few different ways…

Maybe your tribe is freaked out and you attack them.

Maybe the officers immigrate to your village as “hero” villagers that have special abilities.

Maybe they begin their own settlement controlled by the AI and they eventually start trading with you.

It could be quite interesting! I would be willing to contribute the voxelised TNG crew to this project.

I would be willing to contribute the voxelised TNG crew to this project.

Froggy you are the amazing!

Tonight i will work on some architecture for the game…possibly start recreating part of the ship crash.
I’ll most likely start by replacing simple things like doors and windows.
Once everything is done, I’ll post the results here for further feedback

Update: Changed the link, so picture should be now visible.

@y2bcrazy Looking forward to seeing them!

@voxel_pirate that image isn’t working for me it has like a hotlink warning thing? Try linking the image from imgur.com they’ll host it for free EDIT: I see it now looks awesome!

that shuttlecraft would be perfect! Maybe have some voxel art where it’s halfway stuck in the ground…

then maybe it could be “repurposed” into a building. like the parts of the shuttle salvaged as their first protection against the elements?

Uuuuh… yes, the front is half burried in the ground, the door opened and the crew has created a small roof above the door out of wood, because the door fall off. Hm… slowly I am in the mood to try it myself

The Type 15 Shuttlepod would be to small, right… more a Type 6 Shuttlecraft, what do you think?

@voxel_pirate type 15 should be good

Yeah, I’d think it could be modeled after either a type 15 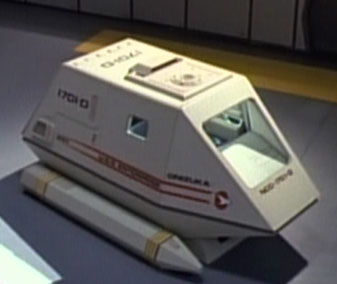 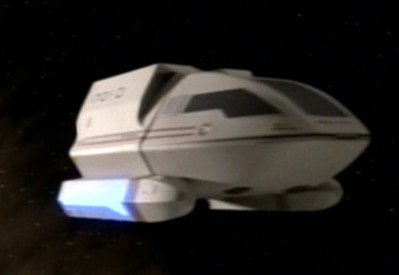 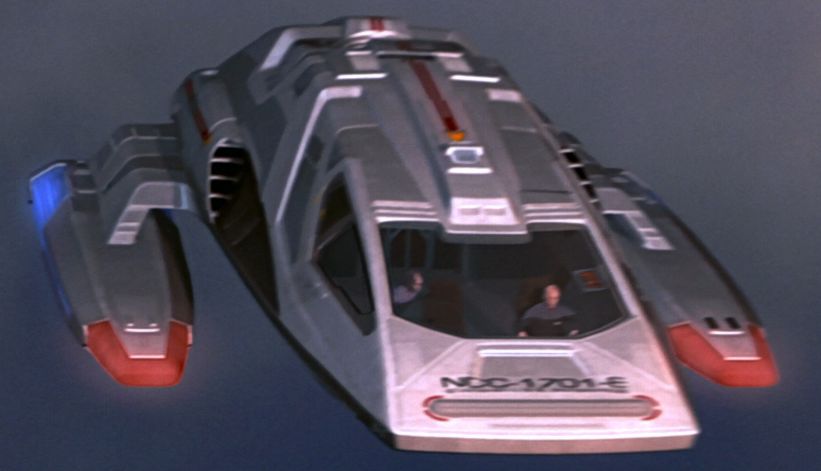 The Type 11 was a shuttlecraft type used by Starfleet in the latter half of the 24th century. This type of shuttlecraft had two engine nacelles attached to the ventral sides of the main body of the shuttlecraft. The cockpit had one large forward...

maybe the one that crashes depends on how many crew you choose to start with?
…

@y2bcrazy I thought also first about a Type 15, but that is a rather small vessel, no? The Type 6 Shuttlecraft would offer shelter for a larger group of people… but you have thought about 3-4 crew members only, right?

@voxel_pirate, 3-4 crew members was what i was thinking, yes.

I can try work on the type 6 tonight and see how it will turn out. I’ll start by making a perfectly intact version and from there we can decide it’s fate >:D

@y2bcrazy Do you mind if I give it also a try?

Go right ahead, the more the merrier

Each time you start playing with the mod, the ship could crash in a different position ya know?

Maybe it crashes upside down 1 time, or nose first another time, etc.

So I think there’s room for both of your art!

Well… giving it a try does not mean that it will work out, right? At least that’s how it works for / with me. A question is also how close it should be to reality vs. Stonehearth… so let’s see