The pathfinder function has gone backward a little bit. Previously the people would take reasonable paths, use roads, and be reasonably efficient. My only complaint was that there would be duplicate haulers sent to pick up the same item sometimes, but not terribly often or noticeably.

Since Alpha 19 there have been some degradation in function. I noticed people regularly add extra steps to paths, the most noticeable being making a wide right angle instead of a direct line. People are using roads less, unless it just happens to be the way they want to go, even if the road goes directly where they are going. Sometimes 4 or 5 people will go to haul a last item, when the first one was enough. There is also a really unfortunate activity where people will leave the settlement and walk out into the desert/forest/mountains with no purpose and endanger themselves.

I should also mention that there seems to be a memory for access points (doors and gates) so that when those points are moved/removed, both civilians and enemies will try first to go to the old location.

I, for one, think it might be presented as a feature

However I’m confused about “scenic routes”, too. 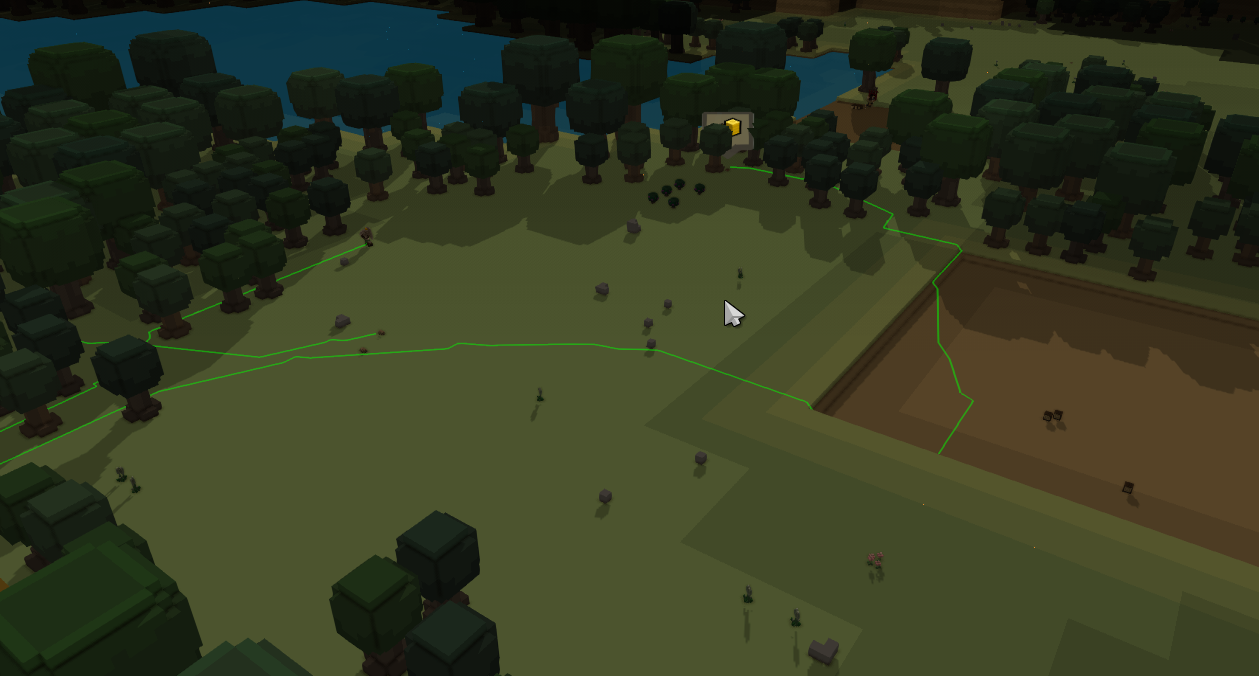