…is a small town as of now. It was first intended to be a small religious place, where people would go to seek a place to start a peaceful new, under the watch of the sun. This is why I started out with building the sun-temple and the big sun-icon as a towncentre. But as I planed the place, I decided to build a city around it, not only a temple. So it slowly started evolving around the temple. Very slowly 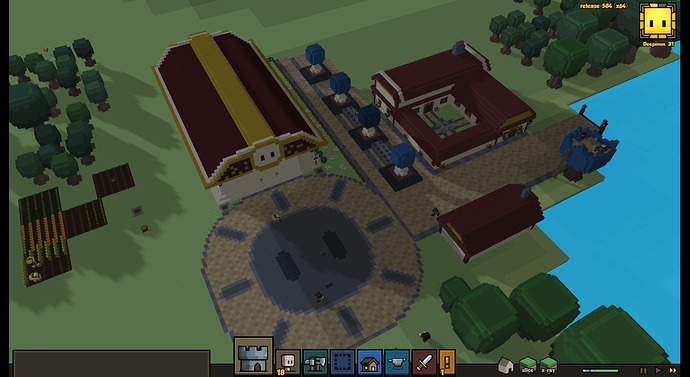 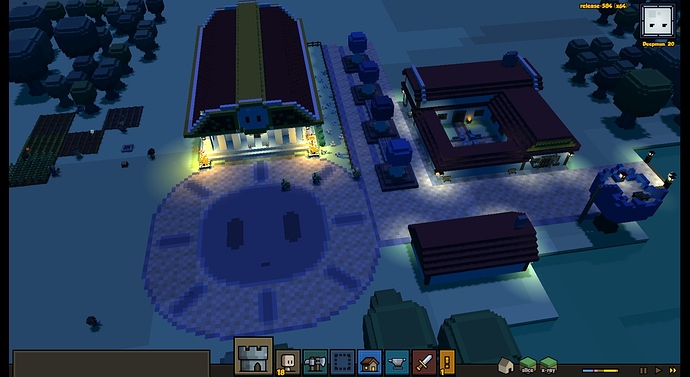 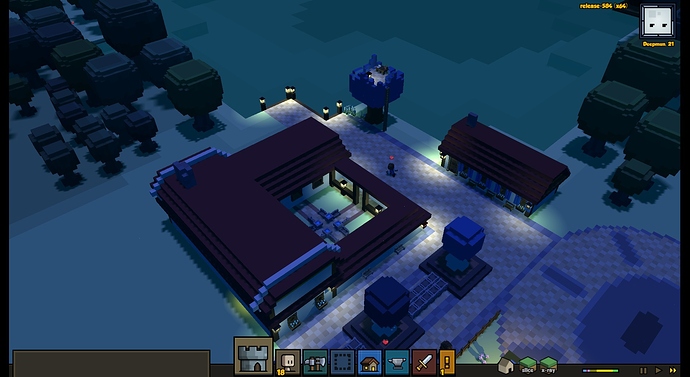 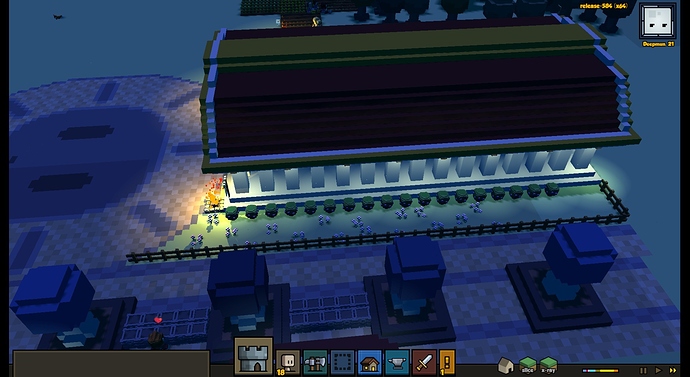 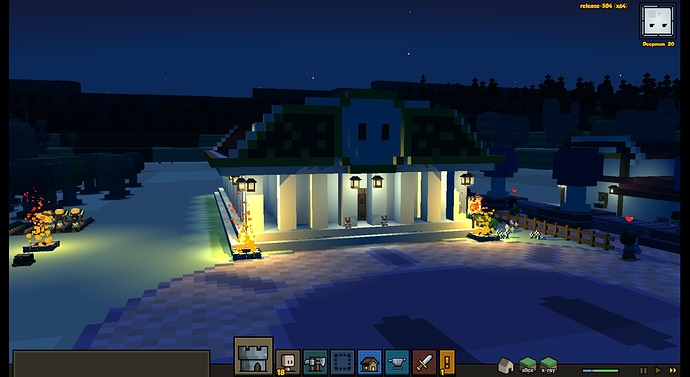 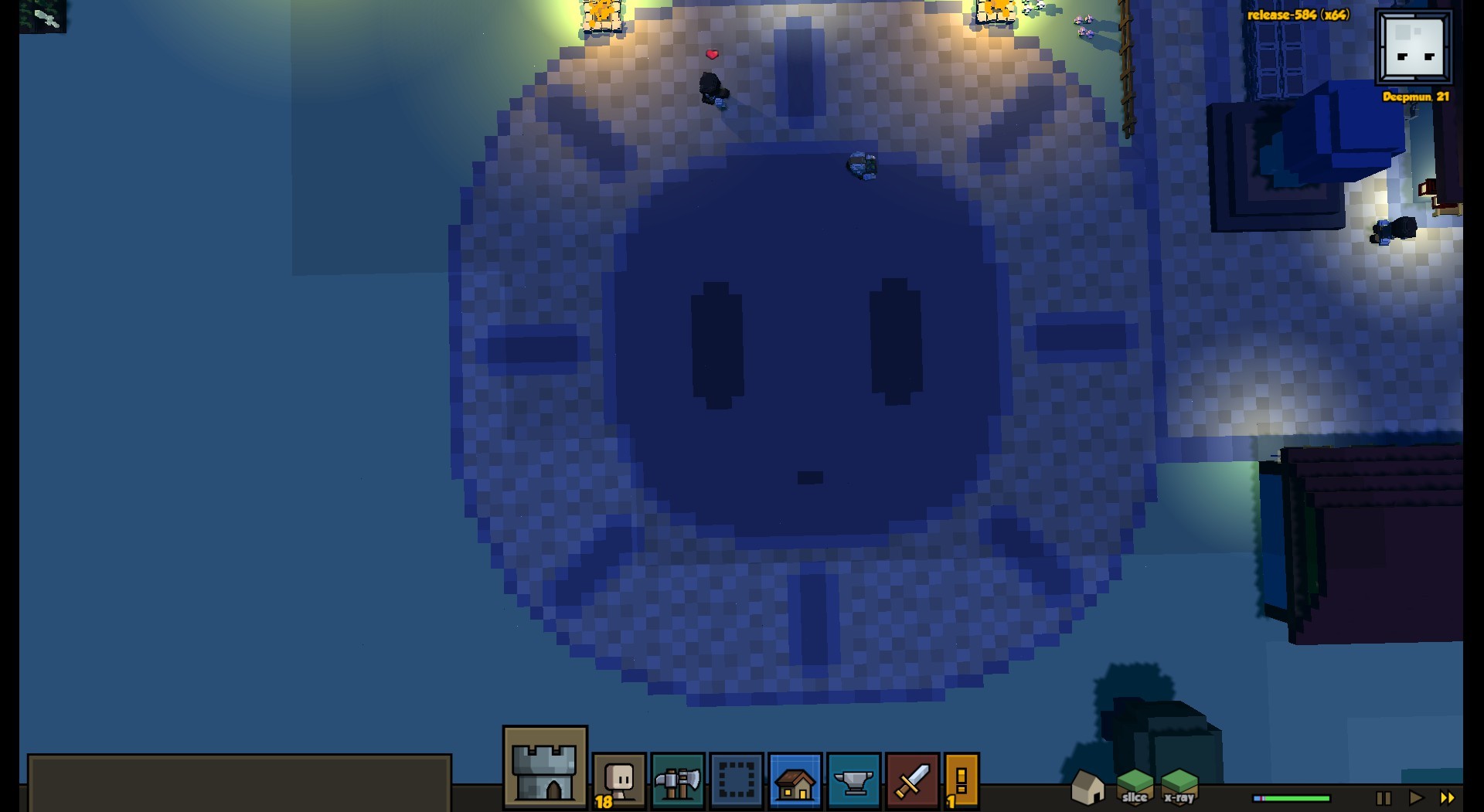 *If you know such mods, please leave a link in the comments

A Farm With Houses For The Farmers

More Silkweed On The Lake’s Shore

Thats it as of now, I just thought I might share this Project with you. Also I’m sorry, if my english isn’t quite the best, because I’m a native german. Oh, and I’m really welcome for feedback. Any of it.

I really like your courtyard style house, reminds me of the ancient romans and ancient chinese

First of, thnak you ^^. Uhm… yes, I kind of got my inspiration from the ancient rome, and a little bit from the ancient greece for the temple. But chineese? I don’t know very much about ancient chineese building styles, but if you say so…

wow, i really like the look of this place! the temple looks really well designed, also the blue tree’s add a whimsical touch to it!

*If you know such mods, please leave a link in the comments

settlement decor mod is the mod for you!

also the blue tree’s add a whimsical touch to it!

I was trying to achieve a more mythical look with those, nice to read, that it kind of worked. [And I wasn’t able to find green slabs]

settlement decor mod is the mod for you!

I already looked at this mod and wrote it down. The same goes for the mod with the extra fence parts.
But when looking for inspiration for the farm I stumbled across someone having placed water-slabs on their farm. Is there a mod out there doing this?
Still, thank you.

Im currently working on a little farm, and i’m having the full next two days for working on the Town.

when looking for inspiration for the farm I stumbled across someone having placed water-slabs on their farm. Is there a mod out there doing this?

hmm… as far as i’m aware there isn’t a way to place “water slabs”… what thread did you see that in?

Right there: Tridale (Religious Town)
Just look at the first pictures in the second post.
To me, this looks like user places water, but I could be wrong tho.

Edit: I got the idea of user placed water from the last picture of this post: Tridale (Religious Town)

To me, this looks like user places water, but I could be wrong tho.

nope, if you look closely you can see the they actually mined a canal from a nearby lake, 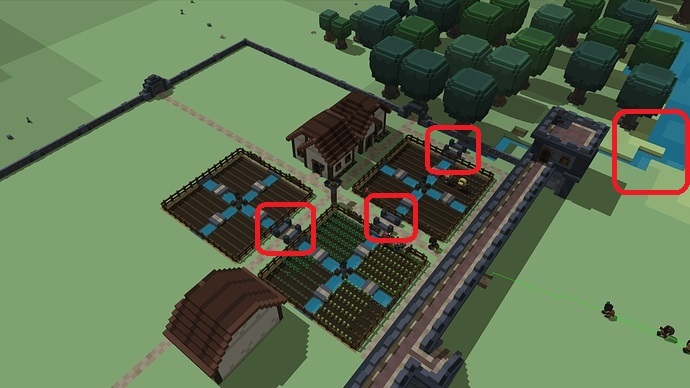 and then they sneakily hid the connection points with little bridges

Ah, tricky, I didn’t know that it was possible, maybe I’ll later try to redo this. 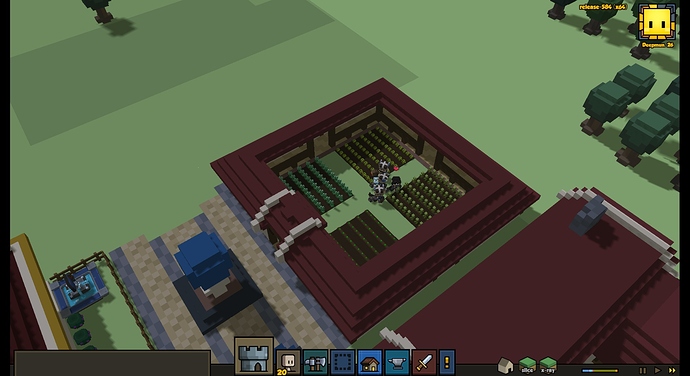 And I tried to build a blacksmith’s house, inspired by the Tier 2 Template. But I think it doen’t quite match the scheme of the town. Opinions? 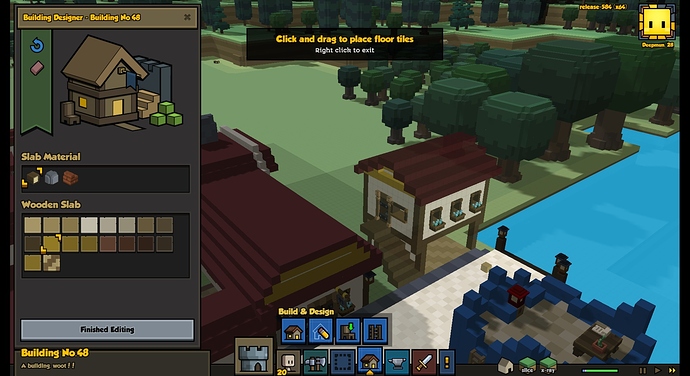 If your looking for Roman inspired Blacksmith. The Smithery was very open, as in it just had a roof and no walls just columns holding it up with beams and hard wooden brackets. Romans also made the first cobblestone forges, and the stack ran either through the roof or on the outside of the Smithery. the house they lived in was always 1 lvl and next to it most of the time connected. The stock areas was on the other side of the house.

nope, if you look closely you can see the they actually mined a canal from a nearby lake,

yup mined a canal, to let water flow through, also premined more canal further then that. you have to be careful and if u place slab down u can not mine under it by 1 block, so preplan your water flows. Tip: is to just design your farms first then mine what you need and then build it, same goes for buildings. Also if you plan to run water into buildings like say give a small pool in the floor, it will not count it as a shelter. Because it has an opening exposed where the water comes in.

So, I kind of tried to build up a concept after what you wrote. So here is V2 of my blacksmith’s house: 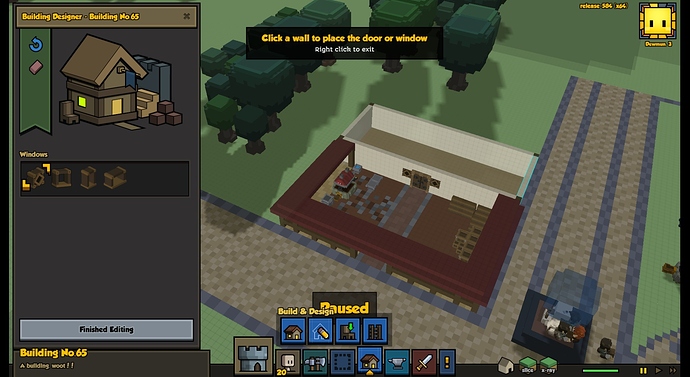 Not bad, make sure u do the detail in the house before roofing. Romans was known to make builds big, cuase of arrogance lol. so almost right on the money. Typically the entry way wouldnt have a roof over it, but love the Blacksmith courtyard

Not bad, make sure u do the detail in the house before roofing

I once did it… and never again…

but love the Blacksmith courtyard

Thank you, I wanted to try something I’ve never done before and it seems to be working.

So, as a lil’ update, there’s a picture of the whole town at night: 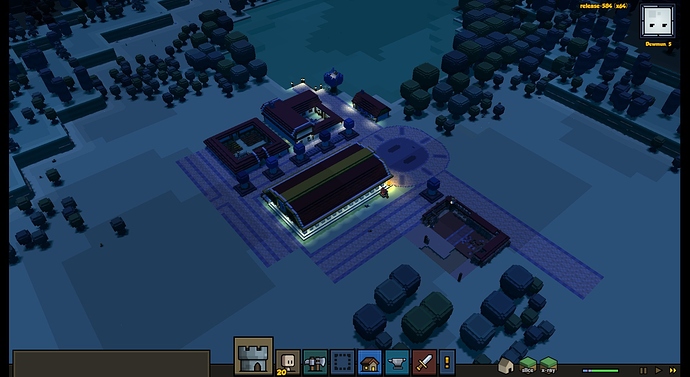 Right now, I’m still think, on how to do the aquaducts with those roads and how to do a city-storage building, ehre everything is stored. Because right now, I’m thinking of moving the chests from the roads to place some marketstands there.