I've never been good at building in these kinds of games

I know the color spots sort of look yuk, but having it be flat color was even more yuk.
Now let’s see if they actually build it… 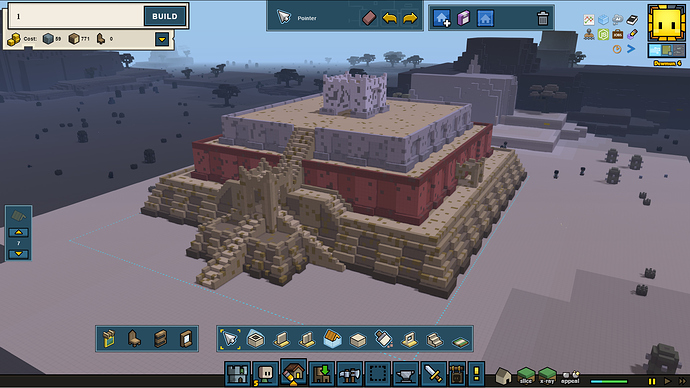 While I agree with you on the whole polka-dots thing, the basic form/shape of the building is really cool! I don’t think we’ve seen anything quite like it on these forums… a few pyramids/ziggaruts are probably floating around, but the combination of buttressing and porticoes lends it a unique feel… somewhere between Mayan temple and Gothic cathedral. Actually it reminds me of the Mayan-esque temples in Diablo II’s jungle chapter.

For colour, I’d suggest you stick with one main/“base” colour and try a contrasting trim, and then use a spot-colour* which blends the two together. My first thought would be to keep the sandy colours you’ve used on the bottom later, but use either red or green as a trim (e.g. around the edges of walls or arches) and then use the other (e.g. if you used red for trim, use green for the spot colour) to pick out certain details. If I recall correctly then RC use red as their main colour and use the dark jade green on some decorative items, so that would be how I’d split it up – red for railings, archways etc., green for points of interest. Normally red and green would clash, but if the idea is to create contrast then they should look ok – particularly if you stick to the more muted/pale shades rather than the vibrant ones.

*a spot colour refers to a colour used to pick out details or patterns, I’m not suggesting you cover it in green spots instead hahaha.

With judicious use of lighting (I reckon keep it inside the archways and alcoves for a cool, mysterious effect) and minimal decorations to break up the walls and large blank areas, you’ll have a very cool building here!

it looks like it should be under the sea

They built it! took over 5 hours. I’ll post a timelapse later. 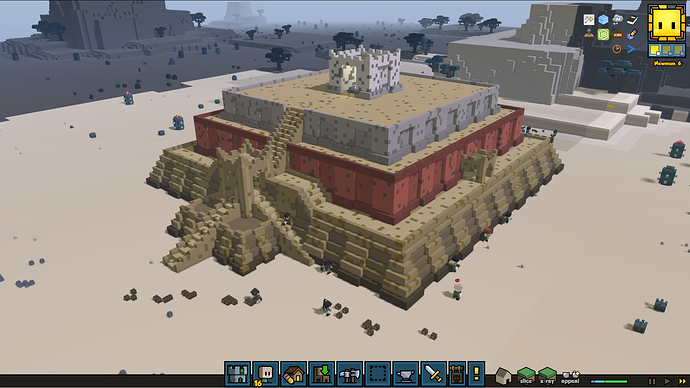 going to refine the interior a bit but I am kind of liking it.

It does look great, shape-wise! I really like it!

Some really powerful empire must have built it, that’s how I feel when I look at it. Old and belonging to some powerful nation long gone

As for the texture - just a tip!
Indeed the dots are a bit -eh but also flat surfaces can be boring in huge buildings. A suggestion is to instead of dotting it all over, you can try giving some “texture” to surfaces by focusing on the corners or places where it touches other shapes/etc… Giving it a rusty/old look
here’s just an example I quickly made: 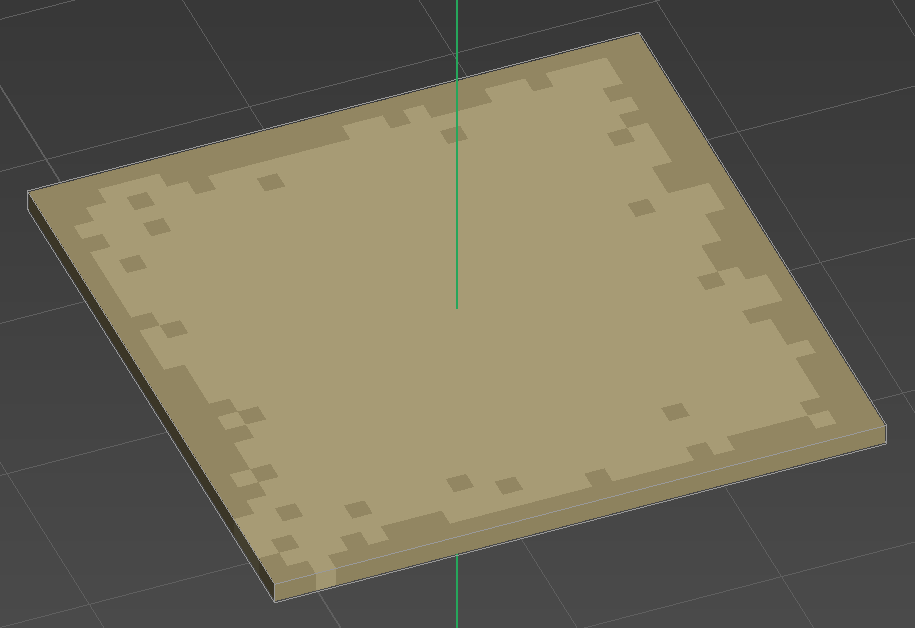