This morning my hearthlings wandered the deep woods and climbed up the hills. In a well hidden cave they found some strange blueprints nearly destroyed by the hand of time. After a long speech about the strange language they desided to just build this thing from the pictures.

As hearthlings always do they did it fast, carved some marble out of the mountains, produced some ink out of blood, frostsnap flowers and sand and the mason did the hard job to carve the thing out of a marble stone block.

Now the evening has come and the job is nearly done, exept the strange mechanics which nobody could build. Maybe its not important that this thing turns around an axis, its beautiful anyway. 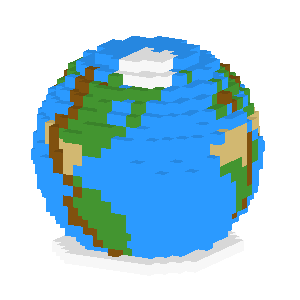 Ancient Hearthling tablets tell of an all-knowing people from the future called “Game Devs”. It is said that these “Game Devs” could predict the future and had the power to alter the very fabric of Hearthling reality. They sent this artifact back in time as a reminder to the Hearthling people that one day their world will grow and evolve to a point where their map would be unending.