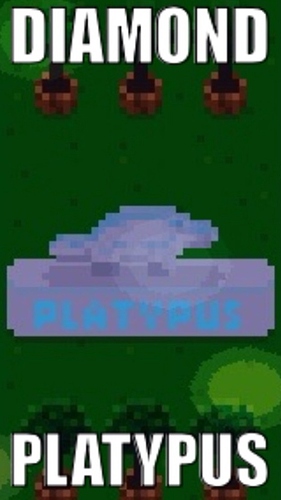 I for one have no idea what you are talking about.

Sorry, the iOS 8 Beta has a bug that wouldn’t allow me to upload the photo. I had to switch over to another computer and add the picture from there. I’ll report to Apple immediately!

As someone who has played the game, I may be able to explain.

Disco Zoo is a small game created for the iOS/Anroid platforms. You must manage a zoo and collect animals. Once your exhibit for a certain animal is complete, you can earn statues for each animal by catching/releasing them. The diamond statue is the hardest to get, and a platypus is rather rare.

I think he means to use this as a kind of internet point. Whenever someone has a good idea, just post that image in a reply to their thread.