[crowdfunding] Indivisible - an RPG by the creators of Skullgirls

It feels kinda weird that the first thread that I post here in a while is about another game, I just don’t have much time anymore to be active on the forums, but I decided to stop lurking for a moment to try and spread the word about this amazing project: 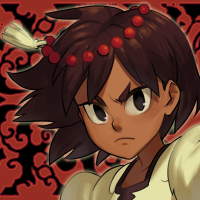 Indivisible - RPG from the Creators of Skullgirls

Indivisible - A 2D Action RPG from Lab Zero PS4/XB1/Win/Mac/Linux | Check out 'Indivisible - RPG from the Creators of Skullgirls' on Indiegogo.

Indivisible is inspired by classics like Valkyrie Profile and Super Metroid,
but with the unique character, world, and gameplay depth Lab Zero is
known for, and will feature a stunning soundtrack by legendary Japanese
game music composer, Hiroki Kik

The thing that like the most about this campaign is that they are very open about it, they explain exactly what is the cost to make this kind of game and where the money is going, and they even live stream (reminds me of a certain dev team we all know and love

Unfortunately the crowdfunding campaign is going slowly at the moment, and from what I understand if it won’t reach its goal the game will not be made, which is unfortunate because it’s reminds of games/ animated series I love and looks like something that I could fall in love with.

The game has a prototype you can play to see if you think it something you’ll want to Invest into. also if you want to hear the dev talk about where the funds from the campaign are going here is a video i think is worth listening to: YouTube

Anyhow, I’ll stop rambling for now, I feel like a shameless salesman

I think we normally use the tag “Other Games” for this kind of topic.

thanks, I’ll change it