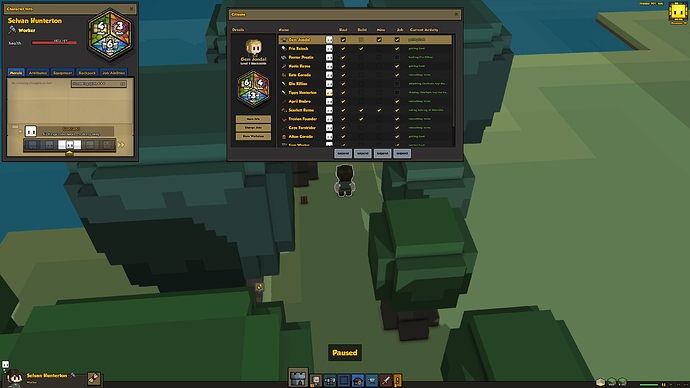 Notes:
This hearthling hadn’t even moved after spawn yet. I assume this is not “By Design”, since it breaks the UI. I have seen this happen on multiple hearthlings. An important thing of note, is that unpausing causes an immediate clamp of the current health to max, so pausing before the hearthling gets added is required.

Version Number and Mods in use:
Release-701. No Mods.

Edit: Added game save and clarified some details.

This is caused due to having the game paused. It’s similar to when something spawns when the game is paused and only their head is visible on the ground. Some of the systems need to be played a tick before completely initializing.

Since you can’t modify their health normally while the game is paused, it doesn’t really affect gameplay; as you said, it fixes right after unpausing.

Thanks for reporting, although I will tag this as not a bug anyway, mainly because on next alpha it won’t be a problem